Last week, Spencer Stone, Alek Skarlatos, and Anthony Sadler were on a train to Paris. That’s when these three men stopped a terrorist and started a media storm. 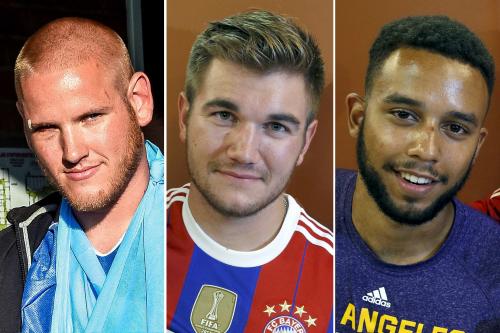 The people of France—the people of the world, quite frankly—were astonished that young men in their 20s would run toward the gunman when train staff ran away and barricaded themselves in other carriages. Reporters were captivated by their instinct, their courage, and their humility.

They were given France’s highest civilian award and U.S. Ambassador Jane Hartley said, “We often use the word hero and in this case I know that word has never been more appropriate. They are truly heroes. When most of us would run away, Spencer, Alek, and Anthony ran into the line of fire, saying, ‘Let’s go.’ Those words changed the fate of many.”

This left most people wondering, “Would I have done the same thing? Would my kids?” I wondered that about my 10-year-old son as well. As he grows up, are we raising him so that he would run to help? Would he be a hero?

As some friends and I talked about it, I asked, “What does it take to raise heroes?” and one answered, “Parents.”

Fortunately for me, Alek’s stepmom is a friend of mine, which meant I could personally ask her what it takes to raise a hero. In the middle of her hectic week, she shared some of her thoughts. From that, I’m sharing seven lessons in raising heroes:

Admittedly, the odds are pretty slim that our boys will ever be in this situation. (They never raised Alek thinking, “You know, someday he’ll help take down a terrorist on a train.”) Still, we can raise our boys to make a difference in the lives of people around them, boys who instinctively help, boys who act even though it can turn their lives upside down, and boys who trust in God to protect them. We can raise heroes.

P.S. The decision to focus on raising boys to be heroes was intentional. I have strong, independent daughters who enjoy a good light saber battle now and then. However, while they crave victory and success, the need to compete, to win, to be the hero just isn’t the same as with my son. So, by all means, our daughters need the characteristics too. It’s simply that they will manifest themselves differently.

Linda Buxa is a writer, Bible study leader, and retreat speaker. Sometimes she closes her eyes and takes a deep breath when she watches her son’s antics.

One of people’s favorite ways of shucking off responsibility for their weaknesses and misdeeds goes like this: “Hey, I’m not perfect, y’know.” That excuse…

How does your garden grow?

When we lived in Minnesota, we had a huge garden—I’m talking 40 feet of asparagus, 20 pepper plants in pots, rhubarb, raspberries, strawberries, a…

Ambition in the church

These are hard days to be in authority in the church. We live in an age of severe antiauthoritarianism. It seems as if nobody…

Linda Buxa is a freelance writer and editor and a regular blogger and contributing writer for Time of Grace. She is the author of Dig In! Family Devotions to Feed Your Faith, Made for Friendship, and Parenting by Prayer. Linda and her husband, Greg, have lived in Alaska, Washington D.C., California, and are now in Wisconsin. They have three pretty great kids who are all taller than she is.