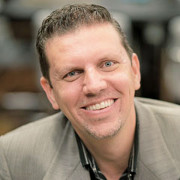 Why doesn’t God stop bad people from doing bad things? There you are, trying to do the godly thing, towing the biblical line, and you become the collateral damage of others’ evil. It’s not fair. When that happens, it’s easy to wonder what happened to God’s justice.

Don’t you wish God would stop them dead cold in their tracks? Well, maybe not dead dead. But at least stop them? He did in the Bible. Where’s that power against evil now?

What if every time evil happened, God brought the atomic elbow of his judgment? Like, if you yell in anger at the driver who cut you off, your car breaks down, costing you $532. If you tell a lie, a tooth falls out. You’d curb those wrong actions fast. But your change would be done out of fear of God, not faith in him. That’s not the relationship he wants with you. God explains why he delays his wrath: “For my own name’s sake I delay my wrath. . . . I hold it back from you so as not to destroy you completely” (Isaiah 48:9). God delays because he’s a God of mercy who desires to show love.

God delays his punishments. Thank God he does!

What is worship? Okay, I suppose that sounds like a dumb question. It’s what we do in church, plus a little bit at home…

What’s going on when it feels like God’s not growing us in our faith? Pastor Matt helps us dig into the parable of the sower this week to give us clarity.

The Power of “And”: Confront and Comfort

We must share that God is here with us right now. And we must know when to say, “Stop it,” when others deviate from God’s Word. Pastor Mike teaches how we can know when people try to add man-made rules to God’s Word and when they subtract truth from it.