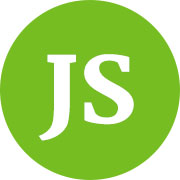 She was sure she was on the right side of this. Yeah, the man speaking to her didn’t seem like he had it in for women or that he was particularly full of hate or anything, but she did not like the way he was making her feel. Not at all.

But he seemed to want to talk with her—not just to or at her—and that was unusual enough to keep her interest. So she kept up her end of the conversation.

And then he had to go and mention her husband. He had no way of knowing she wasn’t married, but the way he asked it was almost as though he did. And then . . . he said that he did: “Yeah, you’re right. You’re not married, but you’ve been married five times already, and right now you’re living with someone you’re not married to.”

But it didn’t work. He wasn’t wrong, not about his religion or about her . . . guilt. That was really what this was all about, and the man who was speaking with her was speaking nothing but truth. It was the Word of God, applied straight to her heart.

This story, which is told in the Bible in John 4:1-42, includes some details that people today might have trouble understanding or relating to, but the conflict and struggle at its heart is familiar to many women. The tension she felt was there, not because she was a Samaritan and Jesus was a Jew. It was there because deep down she knew she was guilty of things that were gross offenses against God’s will, no matter how much she tried to assert the rightness of her decisions or distract herself or anyone else from what she had done and what she had become.

Perhaps you—or someone you know—can relate all too well. You had sex with someone you weren’t married to—and it probably wasn’t just a one-time thing. You knew it was wrong and did it anyway, or maybe everything you’d ever been told said it was right, but still there was something deep down that made you feel guilty, maybe even dirty.

Or perhaps it went even further than that: you got pregnant. And instead of rejoicing with the blessing of a new human being coming into the world in your womb and perhaps precisely because it reminded you of something you’d rather not be reminded of, you decided (or maybe went along with someone who decided for you) to abort that child. You put an end to your boy’s or girl’s life. Sure, you had your reasons, which seemed very good at the time, but your conscience has made clear to you so many times since then that those reasons could never excuse what you have done.

But here comes Jesus. And he wants to talk with you. He knows what you’ve done, and he knows you know it too. He’s not going to accept anything you might offer as a defense or excuse, he won’t be distracted, and he’s certainly not going to tell you, “It’s no big deal. I don’t really care.” But neither is he going to tell you that there’s no hope for you, that you’ll have to live with your guilt forever, or that you are worthless because of what you have done.

Instead he’s going to offer you truth. And hope. And worth. And love. And flowing from all those, forgiveness for every sin and cleansing from all your guilt.

There is no doubt about it, no wondering if it’s true or if it’s actually for you. God sent his Son into the world to save it, and you are part of the world. Even more, Scripture makes clear that each and every person is not only known to God but loved by him. Jesus came to save you and win forgiveness for your sins, whatever they might be, no matter how much they might trouble, haunt, or even disgust you.

You can be sure of this because your salvation is rooted in an objective fact: Jesus Christ, the Son of God, suffered and died on a cross for all the world’s sins. The Father accepted his sacrifice and showed it by raising him from the dead. And we know there is nothing left for you or anyone to add or any obligation to “complete” his work because Jesus said, right before he died, “It is finished” (John 19:30).

So now you know, as the woman who encountered Jesus by a well in Samaria came to know, that Christ is the Savior of the world. And that means he is your Savior too—the one who willingly and lovingly forgives you all your sins. Yes, even the ones that seem most unforgivable. Trust him. He loves you, and he will never lie to you.

Rev. Jeffrey L. Samelson serves as the director of ministry advancement at Christian Life Resources. He was a pastor in Clarksville, Maryland, and prior to studying for the ministry spent five years in the U.S. Foreign Service as a consular officer, serving at the embassies in Singapore and Bogotá, Colombia. He has a bachelor’s degree in political science from Washington University in St. Louis, an MDiv. from Wisconsin Lutheran Seminary, and is a fellow of the International Academy of Apologetics, Evangelism, & Human Rights.

There’s Hope for Those Who Make Mistakes

The risen Lord Jesus gave an extraordinary gift to two disciples from his wider acquaintance, to a man named Cleopas and his friend. Without…

Does God’s Patience Run Out for Me?

Do you ever wonder if God has lost his patience with you?

Rev. Jeffrey L. Samelson serves as the director of ministry advancement at Christian Life Resources. He was a pastor in Clarksville, Maryland, and prior to studying for the ministry spent five years in the U.S. Foreign Service as a consular officer, serving at the embassies in Singapore and Bogotá, Colombia. He has a bachelor’s degree in political science from Washington University in St. Louis, an MDiv. from Wisconsin Lutheran Seminary, and is a fellow of the International Academy of Apologetics, Evangelism, & Human Rights.

Does your faith feel stuck?